Skip to main content
Debut album EUPHORIA out now! Stream it wherever you listen to music. 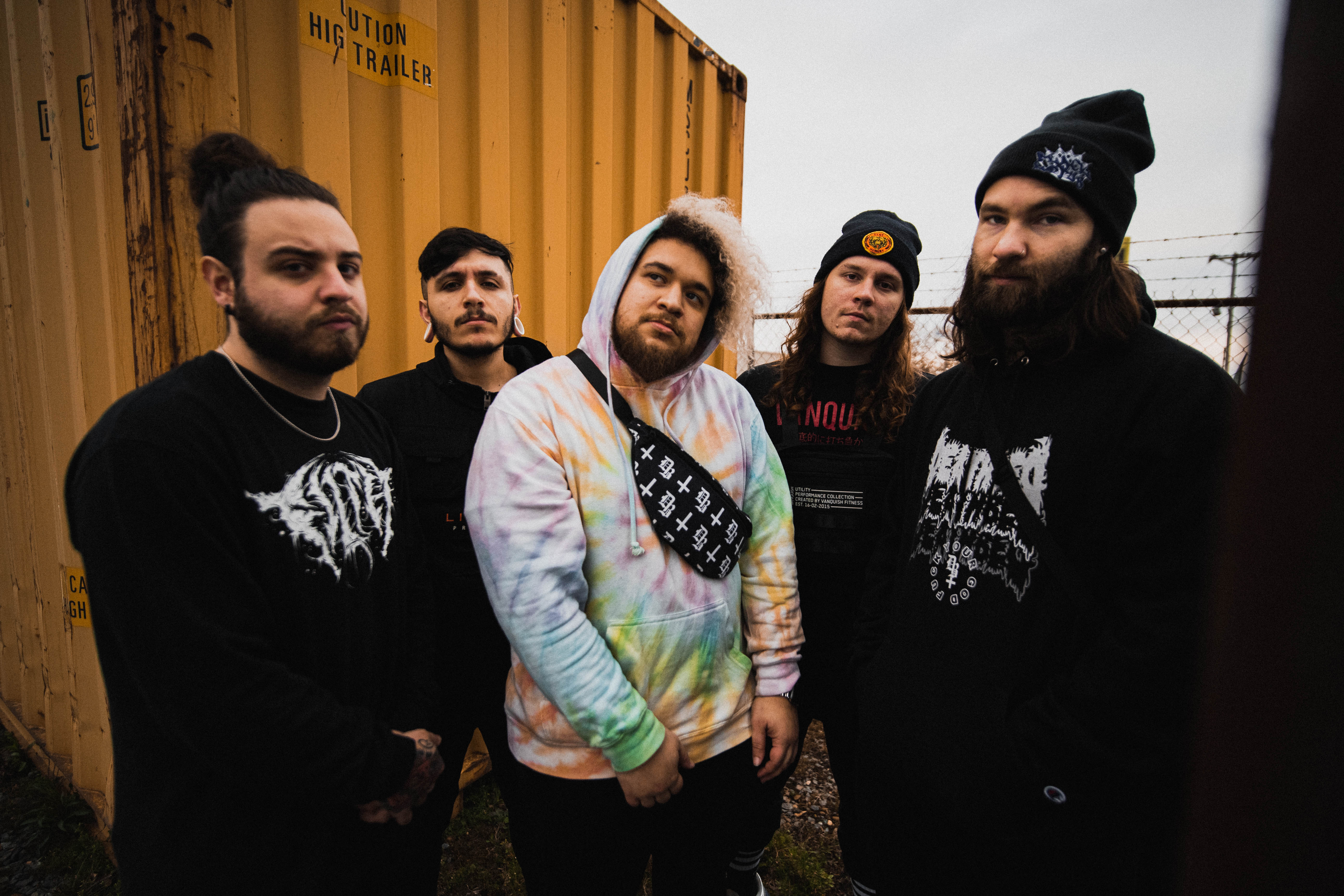 Sometimes you just need to switch things up—a change of pace, if you will—and while it wasn’t the change of pace many people were betting on or hoping for, 2020 provided that change of scenery for just about the entire world. This is as true for anyone as it is for the New Jersey metalcore outfit ENOX. Born from the ashes of Enochian, ENOX rose to relative notoriety with speed, effortlessly blending progressive and technical elements into a backbone of robust, riveting metalcore to create something as intricate as it is ear catching, with a combination of explosive breakdowns and lacerating riffs juxtaposed against grisly grooves and moments of ethereality and atmosphere. With their debut album spreading like wildfire throughout the heavy music community, ENOX look forward to the remainder of 2022 and beyond to expand their dominion over the earbuds and speakers of all those who enjoy the groove, riff, and breakdown.

ENOX formally came into existence as the continuation of a project named Enochian—which for the uninitiated, refers to a language spoken only by angels—and since the band’s figurative rebirth, it’s been nothing but full steam ahead. Although Enochian can be best described as a figurative trial-and-error phase while the band was in search of like-minded musicians with which to create their scintillating blend of metalcore’s various subtypes, ENOX is the band’s final and truest form. Despite emerging into the heavy music community in the midst of a crippling pandemic, ENOX had no difficulty making waves with a series of singles, starting with “Blame Shift” in March of 2020. “Blame Shift,” a poignant anthem proclaiming the need to cut the fat from one’s life and live without restraint or judgement built around a palisading, elegant collection of expertly crafted fretwork; it remains what ENOX consider to be one of their most integral songs, and is the first product of ENOX writing and playing together as a cohesive group. The weeks and months to follow would see them releasing more content in support of sequential singles. “Stacker” and “Convulsions” rose as the most touted and played among many—with the latter serving as the band’s figurative “sampler platter,” demonstrating their penchant for all things heavy alongside a more nuanced taste for the catchy and ethereal elements of metalcore.

While the singles released since and before Enochian’s rebirth as ENOX paved the way for the incredibly well-received release of their debut record Euphoria in early 2022, what many listeners likely don’t realize is that much of Euphoria is nearly four years old. The release was originally completed prior to the band’s formal re-emergence as ENOX, but despite it being completed for some time, the band still reflect on its writing and recording as if it happened mere months ago. “Working with Ricky Armellino (Ice Nine Kills) was one of the most cathartic experiences we’ve had as a band,” states vocalist Michael Guevarez. “He captured the scope of what we wanted to create as a band and brought it to the next level—and that’s just as a person, not even as a producer.” Guevarez goes on to detail how Armellino took him in when he was homeless and helped him to define himself as a musician, stating that neither he nor ENOX would be what they are today without Armellino’s guidance.

ENOX are an enigmatic, engaging demonstration of metalcore that manages to be both primal and passionate without sacrificing content or creativity. With a critically acclaimed debut LP under their belts, and a successful album release tour with Inferious and Granite State in their rear view mere weeks into 2022, there are truly no signs of slowing down for this ambitious, aggressive and driven metal powerhouse. While ENOX might have gleaned their name from a dead, occult language, the overwhelming success of their debut album, coupled with a jaw-dropping live show and an insurmountable work ethic, demonstrate that although the band was born into a tumultuous world, they’re bound to come out on top.